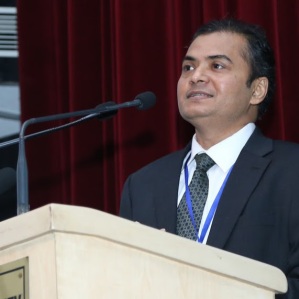 Mr. Zakir Thomas is currently working as the Commissioner of Income Tax at Delhi under the Indian Revenue Service. Previously he worked as the Registrar of Copyrights of Government of India from 2000 to 2003.

He was the founding Project Director for Open Source Drug Discovery (OSDD) of the Council of Scientific and Industrial Research (CSIR). He headed the Director General’s Technical Cell, which essentially provides technical and policy assistance to CSIR. Mr. Thomas is also a part of the panel constituted to increase dialogue on policies relating to access to medicines and biomedical innovation to the UNDP and WHO.

Mr. Thomas did his M.Sc. in Physics from Mahatma Gandhi University, Kerala. He graduated with his LL.B. degree from Delhi University. In addition to this, he also holds a Masters in Intellectual Property, Commerce and Technology from the Franklin Pierce Law Centre of the University of New Hampshire in the United States.